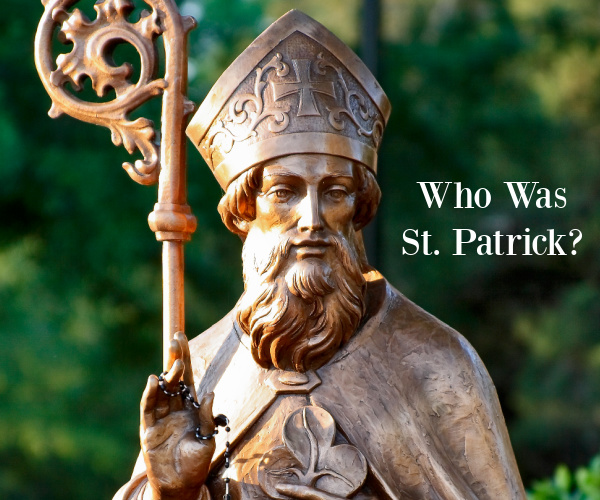 But who was Maewyn Succat, how did he come to be known as St. Patrick, and what do Leprechauns have to do with any of it?

It was a time of unprecedented darkness. The Roman Empire was crumbling, the Huns were gaining power, and warlords and druids were masters of Ireland. However, across the sea on the island of Britain, God was preparing a young man in the most impossible way to accomplish what must have seemed an impossible task.

Though he had been raised in a Christian family, Patrick wanted nothing to do with the ways of God. Around the age of sixteen, he was abducted from his village and thrown onto a slave ship bound for Ireland. He was made a slave and forced to watch over his master’s flock of sheep for the next six years. During that time, he remembered the Christian teachings of his childhood and prayed almost constantly. He chose to hold no bitterness against his captors. It was a time when he came to know God intimately and identify with the anguish and trials of Jesus.

With God’s help, Patrick eventually escaped his master and traveled more than 200 miles across Ireland to the coast. God had told him he would find a boat there, and he did, but the captain refused to allow him aboard. Patrick prayed desperately for God to intervene, and he was finally allowed to sail to Britain. He spent more than twenty years there studying God’s Word and learning to minister to others.

One night, he had a dream that he believed was God telling him to return to Ireland. His friends and family begged him not to return to the people who had enslaved him, but Patrick was determined to heed God’s call.

When at last he returned to Ireland, he found it to be a cultish, superstitious place full of tribalism, war, violence, and death. The people worshipped the Celtic gods and goddesses who were nightmarish and barbaric. His first task, then, was to convince the people that they did not need to fear these gods, that there was only one God, and that he really did love them. It seemed an overwhelming task that was destined to fail.

Patrick spent nearly 30 years as a missionary to Ireland. During that time, he baptized more than 120,000 people and planted more than 300 churches. God prepared a completely obscure teenage boy to stand up to druidic priests, warlord chiefs, and even a king. St. Patrick laid the foundation that the people of Ireland would build upon for centuries.

Throughout those centuries, many stories of St. Patrick and his missionary work in Ireland have become more myth and legend than actual fact. For example, it is said that St. Patrick drove all of the snakes out of Ireland. While this is untrue, it is often thought of as symbolic for his driving evil from Ireland by spreading the Gospel.

The stories of St. Patrick using a shamrock, or clover, to teach the trinity to the Irish are more than likely true, though it can’t be proven. As for the mischievous leprechauns, they have nothing whatever to do with St. Patrick. They are included in St. Patrick’s Day celebrations only because they have come to be known as Irish symbols.

As you celebrate St. Patrick’s Day this year, don’t forget to remember Maewyn Succat, the man who brought the Gospel of Jesus to the Irish and became forever known as St. Patrick.

A big thank you to Michelle Wyatt of Life in the Nerddom for writing this post.