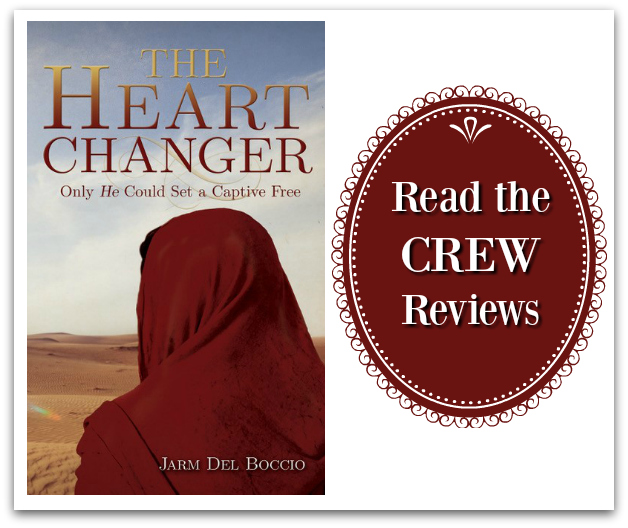 This article is in Collaboration with Jarm Del Boccio.

It’s always wonderful to find a book that teaches valuable lessons that can be learned by all members of the family. Such is the case with the book The Heart Changer , a debut novel from Jarm Del Boccio, Author.

Members of the crew were given either the physical or digital copy of the book to share with their family.

The Heart Changer is the fictionalized retelling of the story of Naaman, the Syrian Army Commander from 2 Kings whom was told to bathe in the Jordan seven times to be cleaned of Leprosy.

The story is told from the perspective of Miriam, a twelve year old Israeli girl captured during a raid on her village and brought into Syria. Forced to serve as maidservant to the wife of the Commander who led the raid that could possibly have killed her family, Miriam is full of anger and resentment. Faced with a hostile rival as well as her own bitterness towards her new master, Miriam faces the unknown and feelings that the Lord has either abandoned her or her lack of strong faith brought down His punishment upon her. Little does she know He instead is preparing her for a greater mission – beyond what she could have imagined.

This historical fiction selection is appropriate for readers 7-12 and a free teacher’s guide is available for digital download.

Jarm (’J’ pronounced as a ‘Y’) Del Boccio is a former teacher and librarian, and a current teacher at SchoolhouseTeachers.com, Jarm’s passion is to make the Bible and history come alive for her readers. She believes that with the inspiration of the past, children can become heroes of their own stories. Jarm is content with the journey God has placed her on and lives with her husband, son, and daughter (when they are at home) in a tree-lined suburb of Chicago.

Thank you to Brenda Prince of Counting Pinecones for writing this introduction article.

5 thoughts on “The Heart Changer Reviews”