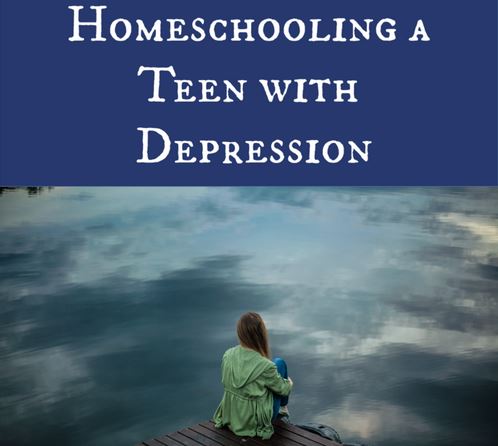 It started with a text from a concerned church leader.  “Did you know your daughter posted a quote about suicide on her Instagram?”

We were confused at first.  We had seen no signs of depression.  After talking with our daughter, she assured us she hadn’t understood what she was posting and wouldn’t do it again.

But it didn’t stop.  We would receive texts and phone calls from concerned parents and leaders from church.  All the while our daughter bounced around giddy in our home and told us she was fine.

My husband and I were confused, questioning if our daughter was merely seeking attention and unsure of how to proceed.  Eventually, a friend reached out to us after our daughter had sent a concerning text to hers. As a councilor, she encouraged us to take all mentions of depression and suicide seriously.

We spoke to our daughter again and reluctantly she confessed that she had suicidal thoughts often.  She was thirteen. She had been raised in a Christ-centered home. And she didn’t see any reason for living.
Things got worse for a while before they started to get better.  We decided to do a combination of medicine and therapy.  On their own, medication and therapy have a 60% success rate.  Combined it increases to 90%. It has now been a little over a year since our daughter began experiencing symptoms of depression.

What We Learned Homeschooling a Teen with Depression

You are not alone.  Depression can feel isolating, not just for those suffering.  Parents of teenagers with depression often feel as though there is no one else who will understand or who they can talk to.  Aside from feelings of emotional isolation, there may be physical isolation as well when you are unable to leave your teen on their own for any amount of time.

When I opened up about our experience and what our daughter was going through, I was amazed at the number of parents who reached out to me.  Either to let me know they were experiencing the same thing or that they had gone through it with one of their children. These parents were eager to speak with me about what I was going through.  Simply knowing there were others who shared my burden was helpful.

Sharing is Powerful.  Shortly after my daughter was diagnosed, a family friend whom she was confiding in encouraged her to share with her Sunday school class her struggles.  At first, I was hesitant that was a good idea. But at the end of class one day, she stood up and shared what she was going through. Her teacher told me after that she thought my daughter was brave.

She has since spoken about it in front of our entire church congregation.  Being able to share what she is going through, gives her power over her mental illness.  It is not something she needs to hide or feel ashamed about. It also helps those around her to show compassion and extend forgiveness when she is struggling.

You will grieve.  Depression is a thief.  It robs a person of who they are.  It is hard to watch as your child, who was once so full of motivation and potential, struggles to perform the basic necessities of life.  Hard to see your child who was once so vibrant and full of joy to be angry, sullen and withdrawn. It is hard to wonder if you will ever get back the person they once were and to accept that this may be the new normal.  It’s okay to grieve.

Your whole family will be affected. Depression doesn’t just affect the person suffering.  It affects everyone around them as well. If you have other children, they are going to notice.  Especially if they end up on the receiving end of a bad day.

We sat all our children down and explained in age appropriate details what was happening with their sister.  We encouraged them to be kind and loving, but also quick to forgive. We also helped them know how to respond to questions from others and what things they needed to tell us about.

Homeschooling will look different. This may seem obvious, but it can be a shock at just how much changes.  Parenting a teen with depression becomes a battle of knowing when to push and when to pull back.  School still has to happen, but how it happens may look very different than what it did before.  And that’s okay. Be willing to be flexible, but know when to stand firm.

If you are homeschooling a teen with depression, know that you are not alone.  It is a hard battle you are fighting, but you can do it!

Thank you to Destiny of Some Call It Destiny for writing this article.

As soon as you begin homeschooling, it becomes cle