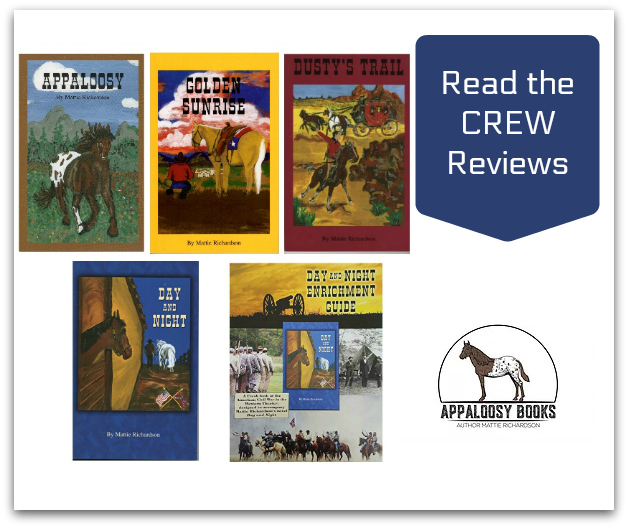 This article is in collaboration with Mattie Richardson/Appaloosy Books.

Mattie Richardson used be known as, “North Dakota’s Teen Author.” She’s loved writing since she was a young girl and has an impressive resume for one so young. She has six books to her name with more to come. She’s a speaker, and musician as well as an author.

Members of the Homeschool Review Crew received copies of Ms. Richardson’s Horses in History Series to share with their young middle schoolers. Here’s a brief synopsis of each story in the series…

Each book is a stand alone story but all the books come together in a set.

Thank you to Kemi Quinn from Homemaking Organized for writing this introductory article.

Read what 55 of our families thought