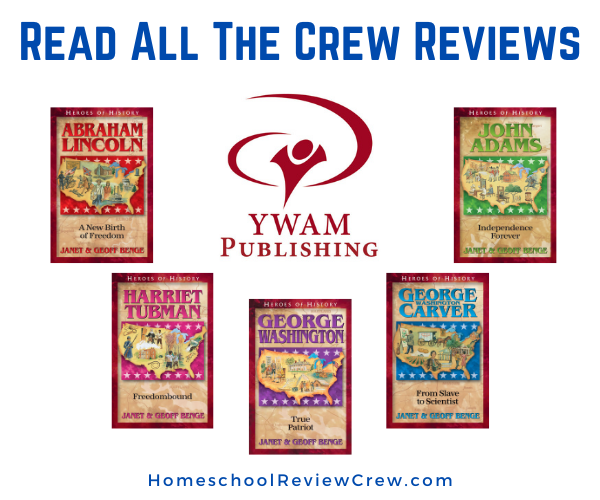 This article is in collaboration with YWAM Publishing.

Recently the Homeschool Review Crew was given the opportunity to review titles from the Heroes of History series published by YWAM Publishing.

History can be a slow-moving subject for many students. YWAM Publishing has released a homeschool history biographies series that brings alive the lives of well-known people from history. There are 29 chapter book titles available for students to explore. Each title starts from the beginning of the individual’s life. How did their childhood affect their decisions for the future? How was this person able to make an impact on the lives of people around the world?

The Homeschool Review Crew also had the opportunity to review the corresponding Downloadable Unit Study Guide that was created for each book. These Downloadable Study Guides include a full list of activities that bring the student’s reading into a full circle of learning. Included are activities in geography, science, field trip ideas, family game ideas, and even cooking suggestions. They allow the student to get a full look and feel like they are part of that individual hero’s life.

Thank you to Renita K @ Krazy Kuehner Days for this introductory article.