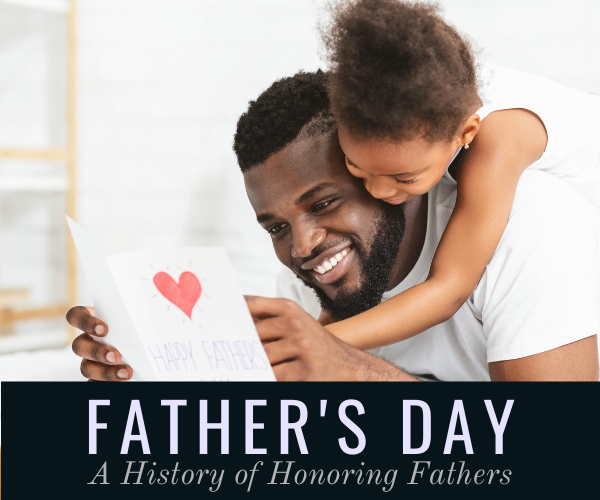 Father’s Day is an accepted annual tradition of honoring fathers throughout the United States and other parts of the world as well, but it is a relatively new holiday and one that was 62 years in the making!

William Jackson Smart was a humble farmer born in Arkansas in 1842. He spent his early adult years as a soldier in the American Civil War, one of the few to serve on both sides of the battlefield. While driving a supply wagon for the Confederate Army, William was captured at the Battle of Pea Ridge. Faced with a life of hard labor in a Union prison camp, Smart opted to fight with the Union Army instead. He would become a Sergeant with the Union’s 1st Arkansas Light Artillery unit.

After the war, he married Elisabeth Harris, and together they had 5 children. One of those children died as an infant, and Elisabeth herself died in 1875. Smart remarried a young widow named Ellen Victoria Clark, who had three children from her previous marriage. Together they had another 6 children.

The Smart family moved from Arkansas to Washington, where they settled just outside of Spokane. The same year the family moved, Ellen died during childbirth, leaving William Smart to raise 9 children on his own. One of those children, Sonora Smart, described her father as a man who exemplified fatherly love and protection.

After attending a church sermon honoring mothers, Sonora decided that fathers like hers also deserved recognition for their tireless efforts in raising and supporting children. So, Sonora brought her idea to the Spokane Ministerial Alliance in 1910 and proposed that all fathers be recognized for their devotion and courage every year on June 5th, her father’s birthday. The Mayor of Spokane and even the Governor of Washington issued proclamations, and church sermons across Spokane were dedicated to fathers.

The idea wasn’t immediately embraced by everyone, but Sonora was not discouraged. In fact, she spent the next 62 years as a very vocal advocate for establishing a national day of recognition for fathers.

Finally, in 1972, President Richard Nixon signed a proclamation making Father’s Day a federal holiday. Sonora Smart Dodd had finally achieved her lifelong goal. She died a short 6 years later at the age of 96.

Because of Sonora’s appreciation for her own father and her lifelong dedication to honoring him, fathers throughout the United States have the third Sunday of June each year set aside just for them.

This year on Father’s Day, as you spend time with your family, you can share with them how the holiday came to be!

Let’s Encourage Each Other!

Tell us about your Father and what makes him special to you!

Visit the Crew blogs as they share numerous ideas for celebrating fathers and making them feel special!

1 thought on “Father’s Day: A History of Honoring Fathers”