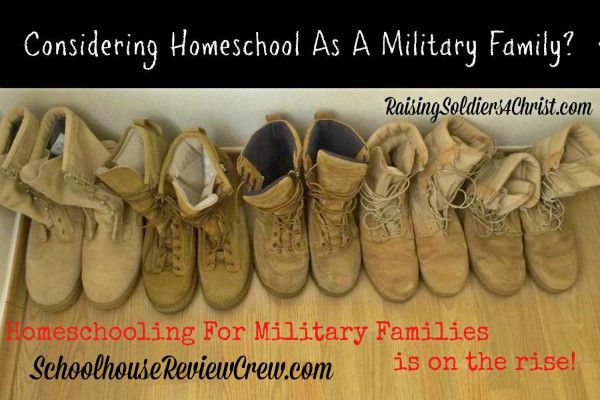 It was never my intention to be a homeschool mom. Have you watched the reality TV shows about homeschool families who eat raw meat and are socially inept? Yeah, me too. That was never going to be me. No way, no how, would I ever homeschool. As the old saying goes, “Never say never.” When my oldest son began Kindergarten, we were stationed at Fort Bliss, Texas. At this point in his life, he was already enrolled in the Exception Family Member Program (EFMP) for (drumroll please) ADHD. However, the EFMP enrollment had nothing to do with our reason to homeschool. Well, sort of, but not really.

The El Paso Board of Education stated the school system would not mainstream my son because of his ADHD diagnosis. As I’m sitting in this meeting, I’m thinking to myself, “What child doesn’t have a little ADHD?” I even asked if my son could be mainstreamed with an aid that I had already hired. Their answer was “No.” Can I at least get a “We’ll think about it?”

Instead, the board of education told me the only my son could attend public school was by enrolling in a learning disability class. Look, I have nothing against learning disability programs. I also know my son. I wanted him to progress and not digress. I left the meeting feeling pretty upset. I had no idea what to do. I wrote my husband, who was deployed, again, a letter filled with questions and frustrations. Shortly after receiving the letter, he called me. He said, “Stop getting frustrated. They drew the line in the sand and it’s time to move on. The answer is simple. Homeschool.” Couldn’t he at least share in my pity-party? Couldn’t he be like one of my friends and cry with me? I have needs, too. But he was right. I had to do what was in the best interest of our son.

We had toyed around with the idea previously, and even researched curriculums. It was me, though. I just wasn’t ready to take upon that responsibility. The Lord has a sense of humor. He doesn’t call the equipped. He equips the called. Slowly He was equipping me to homeschool my child and teach him the ways in which he should go so that he’ll never part from it. That was how we began our homeschool journey!

According to a 2010 report in the Air Force Times, there is data to indicate that more military families are finding homeschooling to be a better educational choice for their children than traditional school settings:

A 2001 Army survey found that 2.7 percent of those with school-age kids were home schooling, about twice the national average at the time. And in the decade since that study, the percentage of home-schoolers nationwide has risen dramatically, climbing from 850,000 in 1999 to 1.5 million in 2007, from 1.7 percent to 3 percent of all school-age children, according to the Education Department.

As the Times reported, Charlie Toth, a top Department of Defense Education Activity administrator, was superintendent of nine U.S. schools in South Korea in 2006, when about 200 military families were home schooling, nearly six percent of those with school-age kids stationed there. Read more HERE.

If you are currently on a military installation, I can almost guarantee you will find homeschoolers. Many installations are broadening their educational and outreach programs by offering activities for homeschool kids! Some of these programs include library presentations and read-ins, homeschool co-ops, support groups, Facebook pages, sports activities, events, and the list goes on. It is estimated that 5-10% of all military kids are homeschooled and that number is expected to continue to rise!

There is one thing about military life that will never change — things will always change! Family schedules are difficult to plan. Work schedules are constantly changing. Military training is changing somehow. Either the training is extended or the dates are changing, sometimes at a moment’s notice. Late work nights. Temporary Duty (TDY). Charge of Quarters (CQ) or Staff Duty. Deployments, deployments and more deployments! Oh, and never forget the late night telephone calls requiring our husbands or wives to drive on post at O’Dark Thirty. However, having a constant and consistent education plan helps ease the burden of all this “Semper Gumby” conflicts that the military is forever throwing at us. (Disclaimer – Semper Gumby means “Always Flexible.”) Homeschooling offers a logical choice for many military families by providing stability in their ever-changing world.

“It is DoDEA policy neither to encourage nor discourage DoD sponsors from home schooling their minor dependents. DoDEA recognizes that home schooling is a sponsor’s right and can be a legitimate alternative form of education for the sponsor’s dependents.”

What are some reasons that a military family might consider homeschooling?

Another reason I have watched many military families pull their kids out of public school and decide to homeschool has been the alignment of Common Core (CC). Although many states have overturned CC, it is still being taught until new curriculum is presented.

As a military family desiring to homeschool, or just curious about homeschooling, where can you find information and a starting point? Here are some resources:

Laura Prater is an Army Wife whose husband just retired from the Army after over 20 years. Laura and her husband Clay are learning to adjust to life after the military and moving every year or two in the suburbs of “Music City” AKA Nashville, TN! Laura homeschool their three boys, while Clay is working at his first civilian job in over 20 years and attending seminary. They are active in their church, Grace Chapel in Leipers Fork, TN. Laura also will be starting a Heart to Home Ministry for military and first responder wives in their community this fall! You will find them writing about Army Life, The Military, Ministry, Modesty, Homeschool, Raising Blessings, Life in general, and much more over at www.RaisingSoldiers4Christ.com.