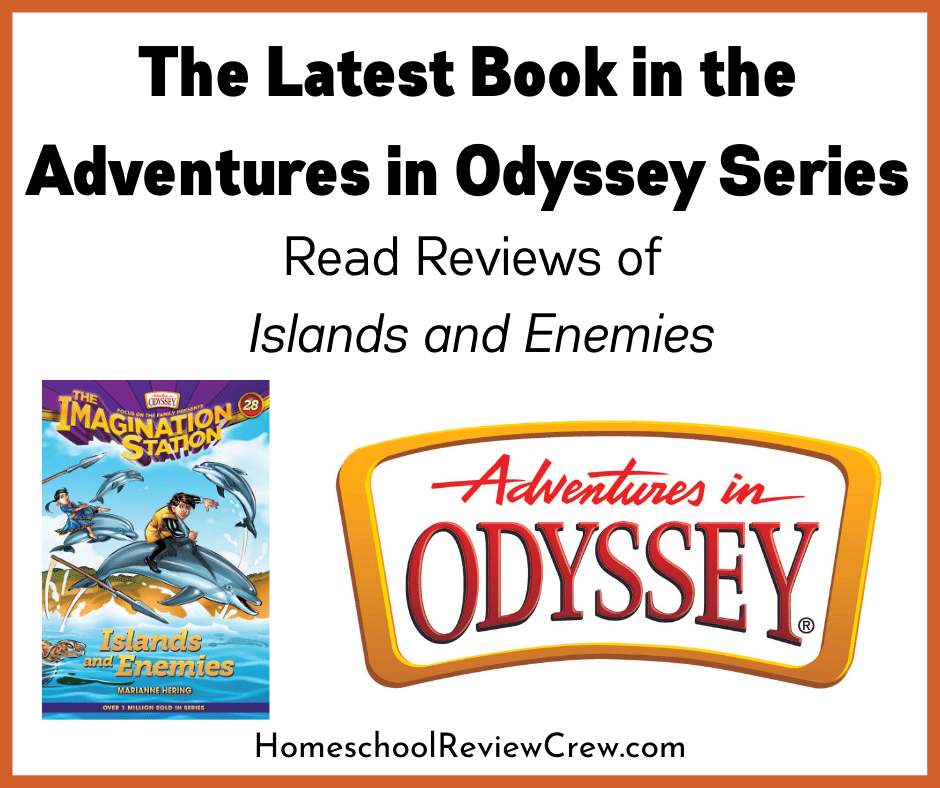 This article is in collaboration with Tyndale and Adventures in Odyssey.

Islands and Enemies is the newest book in the Adventures in Odyssey Imagination Station book series from Focus on the Family.

Adventures in Odyssey is an award-winning Christian audio drama series that brings Biblical principles to life with fun, faith, and imagination. The audio drama series began in 1986 as an experiment by Focus on the Family. They hoped it would be an appealing alternative to Saturday morning cartoons. In addition, it was meant to be an answer for those who were searching for wholesome family entertainment. After the initial test run, results were favorable, and Focus on the Family launched the weekly audio program Adventures in Odyssey. The program grew in popularity and reach throughout the 1980s and 1990s.

The show chronicles the lives of the residents of Odyssey. One of the main characters is John Whittaker or Whit. He owns a soda shop called “Whit’s End.” And in 1989, Whit unveiled his greatest invention: The Imagination Station.

The Imagination Station is a time-traveling invention created by John Whittaker. Focus on the Family created a series of books published by Tyndale to chronicle the adventures in the Imagination Station. In each book, cousins Patrick and Beth head to a different period of time, learn about true stories and meet the people behind the history.

The Imagination Station books were born out of a desire by author Marianne Hering to provide wholesome, engaging literature for her twin boys. They wanted adventure, facts, and fun! In addition, she saw a need for Christian literature written for early elementary-age children.

The Old Schoolhouse® ’s Homeschool Review Crew had the opportunity to read and review Islands and Enemies, an Imagination Station Adventure by Marianna Hering. In this Christian historical fiction, cousins Patrick and Beth board the Victoria in 1521 as it is on a journey around the world. Unfortunately, Patrick and Beth do not start off on the best foot with Captain Ferdinand Magellan. They are accused of being witches and must prove their innocence. The crew is watching every move and looking for any chance they can find to throw the cousins overboard! Adventure awaits as the children find friends and purpose amongst the crew while on this trip.

Imagination Station books and Adventures in Odyssey are geared toward ages 7-12. Islands and Enemies is a 150-page, hardback book. The font is large, and throughout the book, there are several black and white illustrations. This is book 28 in the Imagination Station Series.

Parents will find this book to be filled with wholesome, faith-based stories. Children will discover adventure, faith, and fun!

“The key to adventure lies within your imagination!”

Special thanks to Katie from The Delight Directed Homeschooler for writing this introduction article.

You are invited to the Inlinkz link party!