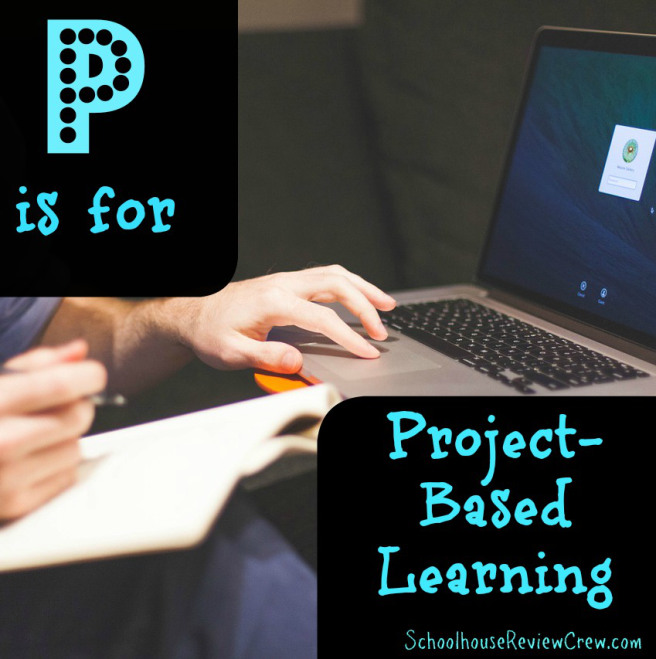 Although there are many reasons for homeschooling, one of the most often cited reasons is that parents want the ability to give their children a unique and individualized learning experience. We want to be able choose the resources that best fit our children and we want to play to their strengths and interests. However, there are also standards and and benchmarks that we all want our children to reach so that they’ll be able to qualify for the colleges, jobs and lives that they desires. How do we balance these two, often conflicting, goals?

I believe the answer lies in project based learning. Project based learning is often defined as a teaching method in which your students will gain knowledge and skills by working through their own projects related to a subject material. The idea is that when you combine knowing plus doing your student’s will retain learning much more completely than they would if you just focused on giving them facts. With a project, their learning becomes more completely their own as they work through the problems, issues and ideas involved in creating their own answers to their questions.

There are two ways you can implement these projects into your home. The first is through self-directed student projects. This is where your child has an interest and this interest drives them to creativity. You may add in suggestions here and there and even provide some resources for inspiration, but this project is completely self-directed by the student.

For example, in our house, we have a ten year old who is fascinated by Pokemon. Because I know this is an area rife with opportunities for self-created projects, I’ve fed that interest by finding many Pokemon episodes to watch, Pokemon games, a Pokemon Pinterest board, and by just enjoying discussing Pokemon with him when he wants to talk about it.

Out of his interest in Pokemon, so far, he has had two major projects. The first is that he has been creating Pokemon plush dolls. This requires, cutting, following a pattern, measuring, gluing, sewing and creating his own patterns. There’s also internet research involved in finding patterns and figuring out how to create his own designs.

The second major project that he’s been working on is his own Pokemon dictionary. His love of Pokemon and his desire to learn about all things Pokemon has led him to want to create his own Pokemon dictionary pages to create his own personalized dictionary of Pokemon. He’s so enthralled with this project that he’s already filled up a one-inch binder and started a second binder of notebook pages.

This project has evolved all kinds of research and has often expanded into real world inquiries, such as the desire to learn about typhoons, different breeds of cats, percentages, and words such as “biped” and “quadruped.”

Because Pokemon has become such a popular whole-family interest in our house, we’ve had other projects as well. My eight year old has been taking Pokemon coloring pages and using them to make stick puppets and is converting a box to make her own theater with her own original Pokemon plays. My four and five year olds have both been using Pokemon coloring pages to make their own paper dolls, helping them greatly with fine motor skills such as cutting and coloring.

Let’s say that you’re studying the book Adam and His Kin to go along with your history course on Old Testament and Ancient Egypt. You know you want your children to complete a project, based on the book, so you give them some ideas about what the book is about so that they can complete their own research and come up with their own project ideas based on the study you’re going through.

With project based learning, they might choose a project, such as making a family tree and chronology of the Genesis lists of decedents, research cherubim, make a map of the ancient world, create costumes from the time period, make a creation book or create anything that answers a question that they have from the reading or an interest related to it that they can concentrate on. The projects don’t have to be elaborate. It’s the process of thinking through the projects and creating learning that’s meaningful to them that matters. Rebecca is a 30-something wife, mother and follower of Jesus. She enjoys cross-stitching, homeschooling her four children and spending time in the Bible and in the fellowship of other Christian women.