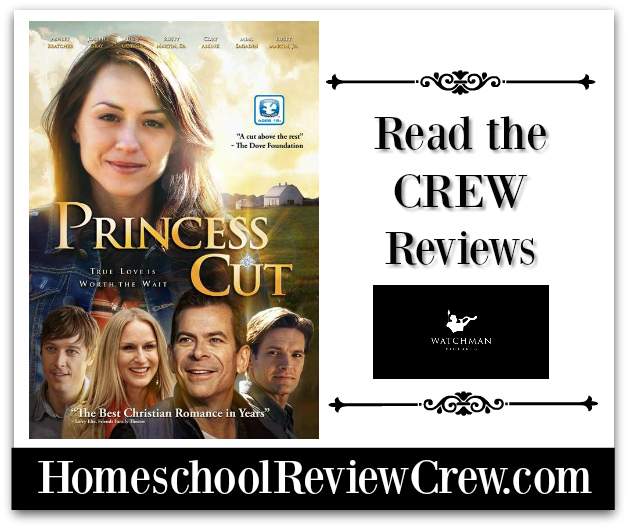 This article is in collaboration with Watchman Pictures.

Princess Cut is an award winning film from Watchman Pictures about Grace, a lifelong Carolina farm girl. She is now in her early twenties, and has dreamed for as long as she can remember about that one “Mr. Right,” and a princess cut diamond engagement ring. After being with her boyfriend Stewart for fifteen months, she believes he is going to propose, but things don’t go as she thinks they will. Now, she embarks on a personal journey to discover what loving another person really means. In the process, will she find her true love and happiness, or will she lose her chance at her forever love?

Ashley Bratcher as Grace Anderson has also appeared in the films War Room and 90 Minutes in Heaven. She was named One of “Top 15 People to Watch in 2015” by Out of the Woodwork. Starring as Jim Anderson is Rusty Martin, Sr., who has been seen in featured rolls in films such as Courageous, Love Covers All, The Carrington Event, The Remaining, A Long Way Off, and War Room.

Actress Jenn Gotzon is Brooke McClaren. She portrayed Tricia Nixon in Ron Howard’s Oscar-Nominated “Frost/Nixon.” Since then, she has been in a nu7mber of redemptive movies, and has received the Film Advisory Board’s “Award of Excellence and Outstanding Contribution to the Entertainment World” for her role in “Doonby.”

Actor Joseph Gray is Clint Masters. He has had guest roles on such fare as NBC’s “Revolution”, Lifetime Network’s “Drop Dead Diva” & the CW’s “The Originals”. He also ad a supporting role in the National Geographic Channel’s record-breaking TV Movie “Killing Kennedy,” and portrayed ‘John’, a principal role in the Academy Award nominated film “Alone, Yet Not Alone.”

Katherine Anderson is played by Mimi Sagadin, who studied improv at The Players Workshop of the Second City before appearing in over 40 projects, most notably opposite John Rhys-Davies in “Return To The Hiding Place.”

Thank you Lori M. at My Journeys Through Life for writing this introductory article.