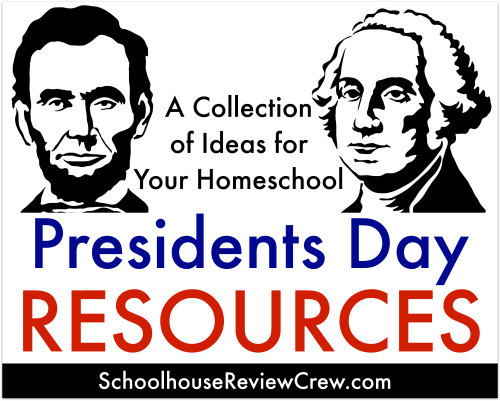 Presidents’ Day originally started out as Washington’s Birthday. The holiday gained special meaning during the difficulties of the Great Depression, when portraits of George Washington often graced the front pages of newspapers and magazines every February 22. In 1932 the date was used to reinstate the Purple Heart, a military decoration originally created by George Washington to honor soldiers killed or wounded while serving in the armed forces.

Did You Know? President’s Day never falls on the actual birthday of any American president. Four chief executives—George Washington, William Henry Harrison, Abraham Lincoln and Ronald Reagan were born in February, but their birthdays all come either too early or late to coincide with Presidents’ Day, which is always celebrated on the third Monday of the month. Rebekah from There Will Be A $5 Charge for Whining has  Abraham Lincoln Printables and Links (just in ti me for President’s Day!)

Jennifer at Chestnut Grove Academy has a wonderful President’s Day FREE Printable Round UP post choc full of links and President Units from Classical Composer’s Monthly!

If your family loves board games then you will enjoy playing to win the most powerful job in the world – The Presidential Game.

I leave you, hoping that the lamp of liberty will burn in your bosoms until there shall no longer be a doubt that all men are created free and equal. -Abraham Lincoln