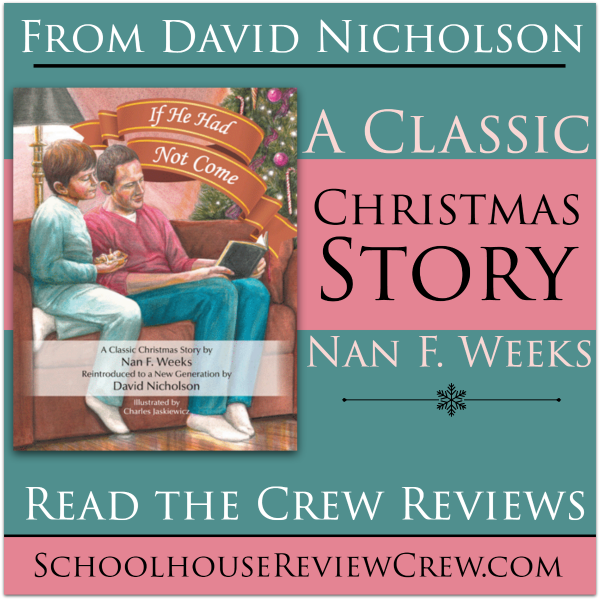 This article is in collaboration with David Nicholson.

David Nicholson heard the story, If He Had Not Come, when his children were young and in Sunday school.  He loved the story so much, he decided he wanted to make it a tradition to read it to his children every year.

The story was originally written by Nan F. Weeks in 1938 and included in an anthology called Christ and the Fine Arts.

Now Nicholson’s children are grown and he even has grandchildren and he took it upon himself to reintroduce the story to a new generation of children and families!  He added to the book new illustrations, as well as suggested discussion topics for use with your family or class.

In the story, a boy named Bobby wakes up on Christmas morning excited to start the day just like any boy would be on that day.  The one BIG difference with this day is that it’s Christmas morning and NO ONE knows about Christmas.  Nor do have they heard of Jesus!

We have seen stories where a person gets to see what the world would be like without them in it.  Those kinds of stories/movies are great because they show what kind of an impact individuals make on the world.  This book is similar to those, except that the person that is removed from the world is Jesus.

Removing Jesus from the world obviously would have a major impact on everyone!

The boy in the book discovered that not only was there no Christmas, but there were no churches, no orphanages, no homeless shelters, and of course, parts of the Bible were missing that he was used to seeing!  The boy was confused and devastated!

He was so thankful to learn that none of it was real and that Christmas and Jesus were just as real as ever.

At the end of the book are resources for parents and/or Sunday school teachers to help them use the book to teach children about Jesus and Christmas.

The first page of questions is a list of questions that help discuss what happened in the book.  The questions are merely suggestions to help you get the conversation started with your kids or your class.

The next page of discussion questions talk about Jesus’ birth and life and how things would or could be different if none of it ever happened.  It also lists Bible passages for you to go to help you dig deeper into what it would be like without Him.

This Christmas book would be a great addition to any family’s Christmas traditions. A big thank you to Nicole of Some Call It Natural for writing this introductory post.

2 thoughts on “Christmas Book: If He Had Not Come Review”