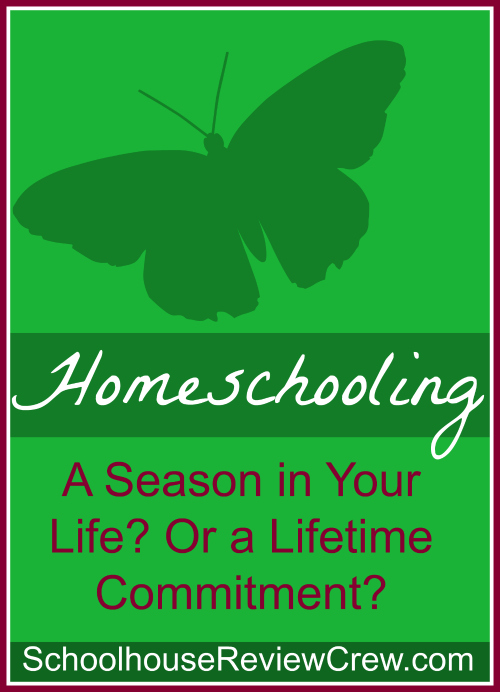 For many homeschooling moms, homeschooling will be a season of their life. For others of us, like me, it is going to be a lifetime commitment.

My husband and I knew going in that when we adopted our oldest son “The Batman”, this was going to be a lifetime thing on our part. “The Batman” was born with Fetal Alcohol Syndrome, Mental Retardation, and is also on the Autism Spectrum.

We did NOT, however, realize at that time that we would end up becoming a homeschooling family! In the beginning, “The Batman” went to something called “pre-primary impaired (PPI)”, which was offered through the public school system. I went with him, three times a week, for the age 0 – 3 class. After that, he went without me on the bus, until he aged out at six years old. At that time, he began going to kindergarten. He went for half the day in a regular classroom, and half the day in a special needs classroom. In my opinion, and my husband’s opinion, they undid pretty much everything he had learned in PPI. My husband and I at that point, had half-way decided to perhaps the following year, purchase a kindergarten home school program, and work with “The Batman” after school.

Then, the Columbine Massacre happened, followed by a copy-cat crime being planned at a local middle school . . .
We decided right then and there that God was letting us know to make a clear decision, not a wishy-washy halfway move, where we would have our boy in school, and then home school him after he came home each day. “The Batman” did NOT return to school the following year, and has been home with me ever since.

As we added more children to our family, beginning with my step-son “The Artist” coming to live with us at age 6, followed by “Mr. Loquacious” and his twin “The Puzzler”, both of whom we adopted several years later, when they were age 8, homeschooling simply became a way of life for us.

In the beginning, we were strictly “school in a box” people. I had no idea HOW to home school, and believed what I’d been told by several people . . . that this was the only “correct” way to home school. And it worked, for the first couple of years, because it gave “The Batman” a foundation in phonics. That is, however, the ONLY area in which it worked, so I could have saved a BUNCH of money and just bought the phonics components.
Eventually, we gravitated to a much more eclectic form of homeschooling, even going with unschooling for a number of years. We are back to an eclectic, relaxed method, with a definite bent toward lapbooks and Charlotte Mason style learning.

My boys, all of them, have varying special needs. “The Batman” is now about to turn 21, and we are his legal guardians. We will be homeschooling him as long as he is able to learn. The smaller of our twins may well also need to be homeschooled for life. The two in the middle, “The Artist” and “Mr. Loquacious” may or may not need extended homeschooling, but regardless, we know that at the least, “The Batman” WILL be with us for all of our lives, and if something happens to us, he’ll go to our back-up guardian, who is my best friend, along with being one of the new teachers this year on Schoolteachers.com! She is also a veteran homeschooling mom, with 3 kids of her own!
Between our 4 boys, we are learning from materials at the following levels:

Early to mid primary grades, late primary into middle school grades, along with a modicum of high school materials that my step-son has handled well. We also use “life” as a learning tool, on a pretty regular basis!

In the end, this home school mom has re-discovered “life-long learning” (something my own father actually strongly promoted with me), and is planning to pass that on to my boys. Some of them, hopefully, will continue on their own, while some will be with me always, being “homeschooled” by me, and sometimes, their dad. So you see, homeschooling has turned out to be a lifetime endeavor, rather than a season of my life. My husband and I have come to strongly believe that “education” is not just “that thing which happens between kindergarten and twelfth grade, or possibly through college”, but should rather be something that happens every day, all throughout one’s life.

I have learned many things right along with my children, and frankly, they have learned many things that I have no clue about, because they were things that were of interest to THEM! Most importantly, I believe my boys are learning HOW to learn, about anything they have an interest in. Even my boys with developmental disabilities spend plenty of time on their own, exploring their interests and LEARNING.

It is true, this will be a lifelong thing for me, as opposed to being a “season in my life” as it is with so many other homeschooling mothers, and as a result, I am not watching for that day when they are all graduated and moving on to be out on their own. But, I wouldn’t have it any other way, because that would mean I wouldn’t be mother to these boys. I can’t imagine my life without any of them! Lori Moffit is a homeschooling mom to 4 special needs boys, 3 of whom were adopted at various ages from the foster care system. Born and raised in Michigan, now living in Albuquerque, New Mexico, having moved there in 2012 for her husband’s job. Lori blogs at My Journeys Through Life.